Bundi puts his love into the land 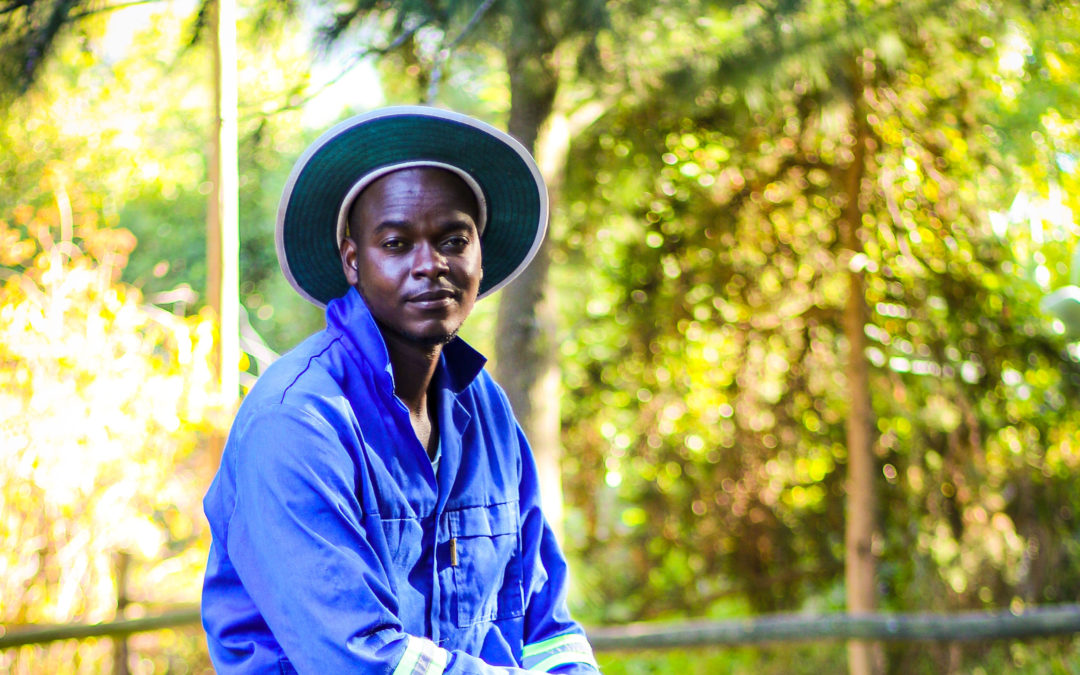 An Imizamo Yethu man has made a life for himself in Hout Bay, growing organic vegetables to support organisations and feeding schemes.

Bundi Yard, 28, from Love in a Bowl, is originally from Malawi and started farming at the age of eight with his mother, who grew vegetables to put food on the table.

With a wife and child to take care of, the former chef knew he had to do something to support his family during lockdown and he turned to the fields, where his farming skills came in handy.

“I arrived here and there was no work. I was doing welding in Durban for two years and aluminium windows, but things got tough and I needed to do something for me and my family,” he said.

His adventure started when he took up some part-time work on a grape farm in Hout Bay and developed a relationship with the family behind Love in a Bowl.

While picking grapes, he made a bold move to request permission from the owners of the land to use a space for farming and cultivation.

“I thought it could be a great opportunity for me. They can either say no or yes, what else could happen? By this time, the family got to know me and could see what I could do,” Mr Yard said.

Back in Malawi, his late father had worked in a garage as a welder, a trade he had soon also learnt, along with carpentry. But Mr Yard always had a thing for farming, as it reminded him of his mother.

“I was farming from a young age with my mother and I was able to learn so much from her and that is how she kept food on our table,” he said.

Mr Yard was granted access to the land in Hout Bay – but under one condition.

“I was given permission, but I had to use the workforce that was there and employ the guys there. And that is how it all started and that is how we started growing vegetables for the community,” Mr Yard said.

The farmers received proper training and were sent on their way and given the responsibility of growing vegetables for the community. 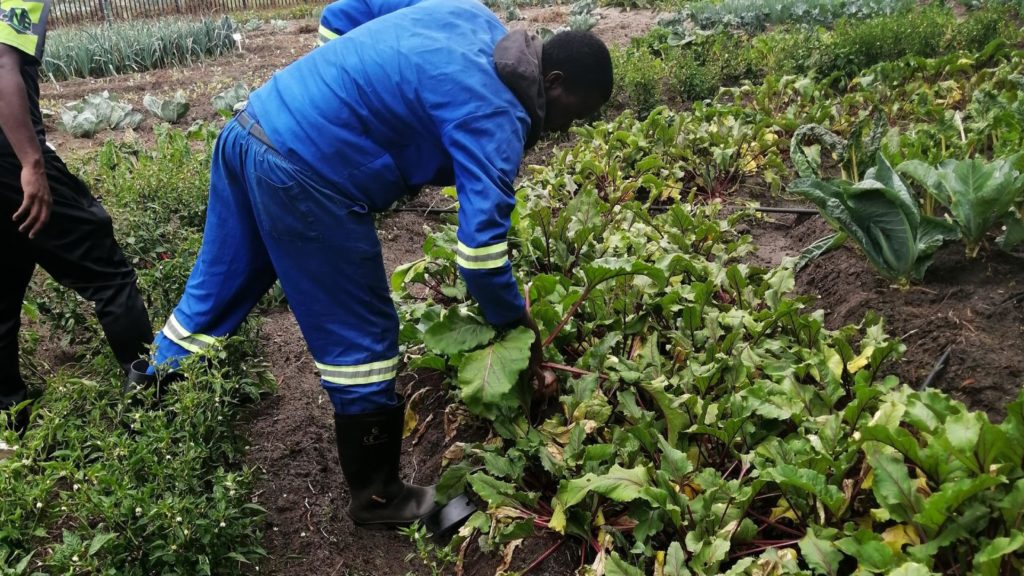 The beetroot was just about ready to be harvested.

“It was really a proud moment for all of us when Love in a Bowl gave us this work, because now we could not only farm for the community and help people, but we could also see to our own families,” he added.

“It’s like killing two birds with one stone and it’s something we all love doing.”

Love in a Bowl was involved in starting up the community garden at the Hout Bay police station, which was used to help bring unruly pupils from IY back onto the straight and narrow.

They grow organic vegetables in the community farms throughout Hout Bay. 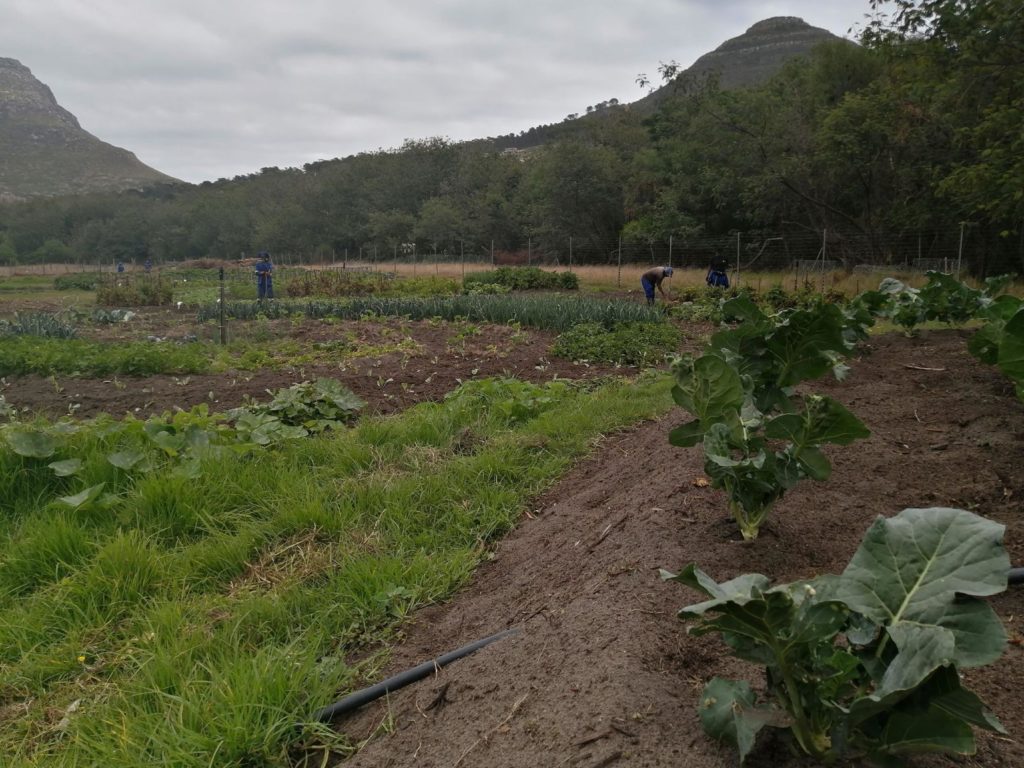 Farmers harvest some of the crops at the Love in a Bowl farm in Hout Bay.

Kim Langa from Love in a Bowl said: “We ensure brilliant veggies for our local consumers and the compassionate distribution of food to the most vulnerable of our little town. We’ve all come together around our common bond with food.”

The project started back in 2015, with one crop circle and one gardener, providing vegetable soup to one community programme each week.

“Now we are growing lots and lots of organic veggies in massive crops circles on mini farms spread throughout our community,” Ms Langa said.

“That’s feeding the community on a daily basis. The magic is this project and to learn what it means to live as one.”

For Mr Yard, his dream is to open his own workshop one day where is able to create new things using the skills in welding and carpentry, but for now, he remains content and enjoys life on the farm.

“It’s (farming) been with me from a very young age and it’s something that means something in my life, but I have other skills too and I would like to showcase them one day in a space of my own,” he proudly said. 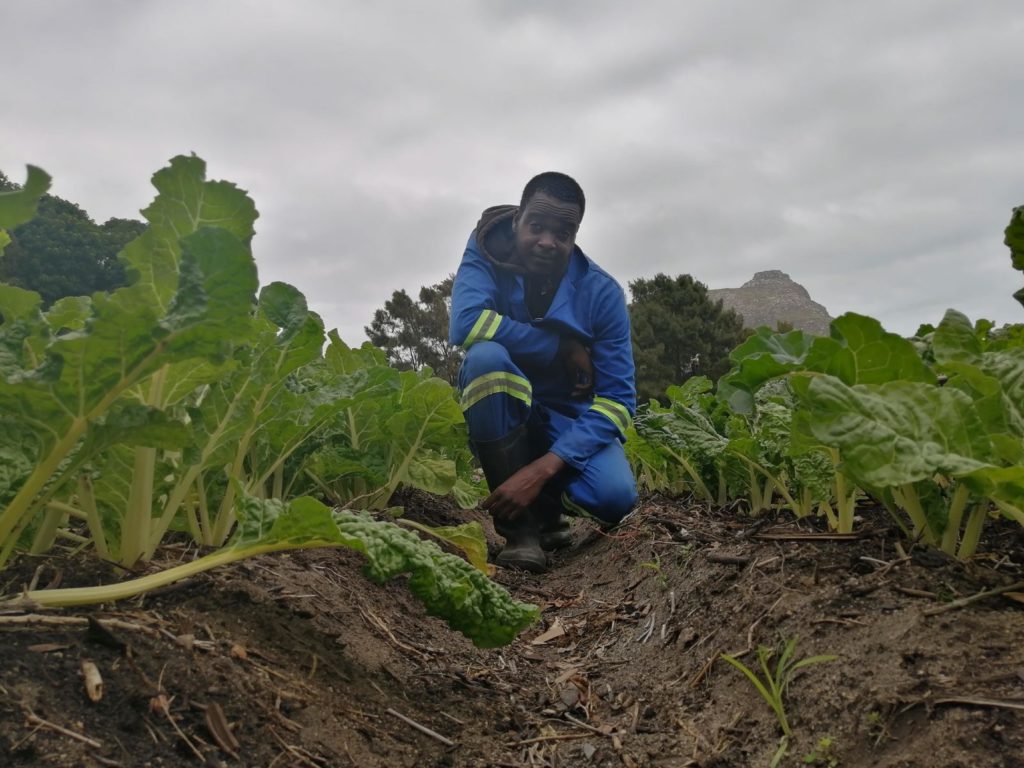 Bundi Yard checks up on his spinach.

Thank you to Sentinel News for the article.